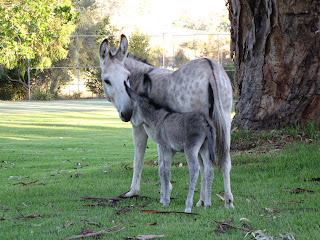 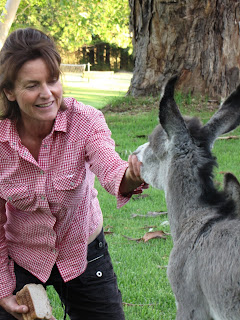 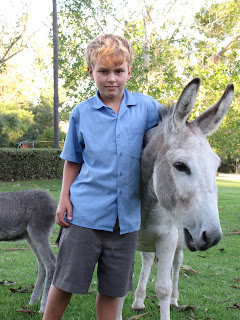 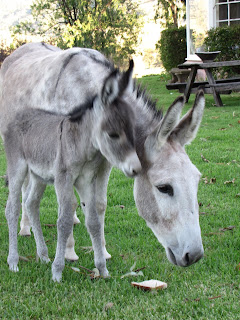 "Bindy", a Minature Irish donkey, and one of the many favourite pets around the Country House, has produced another cracker progeny; a grey jenny foal. Have a look for yourself; these things are the best pets for young kids; they're soft, gentle, easy to maintain and the kids can ride them, feed them and love them.
Posted by Belltrees at 1:19 AM No comments: 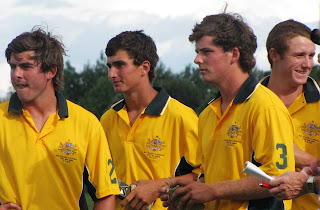 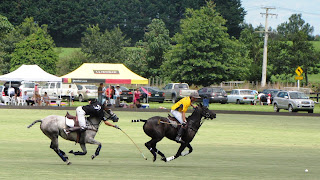 Both Alec and Jasper White were selected to play for the Australian Colts Polo team which toured New Zealand during the first 2 weeks of February 2011. The team played in Christchurch, Hawkes Bay and Kihikihi (Waikato region near Cambridge).

The boys won all three matches and combined well to give the Kiwis a hiding (8 - 5) in the final Test match in front of 3,000 spectators. Their game was the curtain raiser to the International match between a "World" side and New Zealand's best.

It was a great experience for the two White boys who now go on to play the forthcoming Ellerston 8, 14 and 16 goal tournamnets and have a chance of being selected in the World Cup squad to tour Malaysia later in the year.
Posted by Belltrees at 11:45 PM No comments: